What $1,600 rents you in San Francisco right now 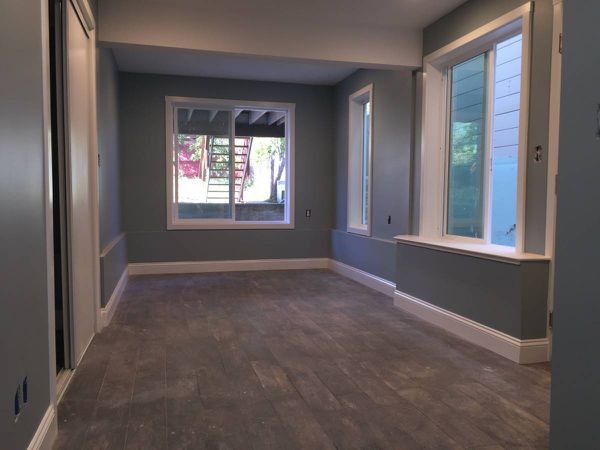 ↑ There’s not a lot of new construction to be had for $1,600/month. And in the case of this Glen Park in-law unit there’s still not a lot to be had, given the cubby-like proportions of this space, dubbed a “comfy garden studio” and tucked beneath the back porch and steps on Alemany Boulevard. But at least the shower is roomy—a deal is a deal in this economy. “NO PETS,” the ad says (and apparently no lower case letters either).

↑ Speaking of which, the Richmond is ready with an in-law of its own, this one bearing a slightly more homey atmosphere, affording the tenant one bedroom and one bath for $1,400 (which these days is almost as cheap as they come). The place comes furnished, but “decorations, throw rugs, and posters belong to current tenant so not included.” And the rent includes “utilities and garbage but not wi-fi.” Whether or not it includes pet permissions is anyone’s guess.

↑ Is it possible to live in a “Pacific Heights mansion” for $1,600? Technically, yes. At least inside this circa 1900 (which means it could be older, since 1900 is the placeholder date the city uses for pre-1906 homes with no original records) Victorian. Of course, there is a catch: “This is an SRO (Single Room Occupancy)” the ad says. “It is like a dorm room. It is not a room in an apartment.” Precisely what distinguishes an SRO in a Pac Heights house from just a regular room remains a bit hazy, but that’s the sales pitch. Rent includes utilities but there’s no word on pets this time again.

↑ Whereas this tiny studio on the west side of Nob Hill doesn’t mince words about itself: “Efficiencies in a perfect downtown location,” says the ad. There’s no footage count, so precisely how efficient we’re talking here isn’t clear; however, judging from the photos, it’s cutting the living space back pretty far. It doesn’t even have a kitchenette. In lieu of amenities, this landlord plays up the location instead, asking, “Do you want a home that’s affordable and close to all of the things that make San Francisco great?” Affordable in this case means $1,600. Alas.

↑ Finally, there’s a “quaint studio” in SoMa, located on Ninth near Howard, also holding down $1,600 with the usual pairing of parquet and shallow bay windows. (Note that these photos are of a “similar unit,” than the studio on offer.) But this is the one and only listing on today’s slate that permits pets (or at least one pet), so it makes the final cut.