What he envisioned: a quiet space where he could relax and eat free before boarding his flight to Ukraine. What he found: A packed room with no available seats. A buffet with barely any food left. Toilet paper on the bathroom floor.

“You think, ‘Oh man, I have this lounge access, I can go in there and chill and there will be a bunch of business people on their laptops,’ ” said Mr. Scott, who works in promotions for a bike-share company. “And you go in and it’s like Disney World.”

Never use airport lounges, passport control comes to you: secrets of how the super-rich travel

Airport lounges were once a perk for business travelers and high spenders, a haven from the chaos of modern travel. Then more rewards credit cards started offering lounge access. And what was once an oasis now is more like a mall food court.

Losing that “1%” feeling has been jarring. Grousers say gourmet meals once on offer are now finger foods, and beverages are more likely to be guzzled than sipped. Overcrowding means seats often aren’t available.

Bruce Douglass, a 63-year-old IT executive who has been visiting airport lounges for 25 years, said lounge staff used to approach him to ask if he would like a drink, and the food available would be a full entree. 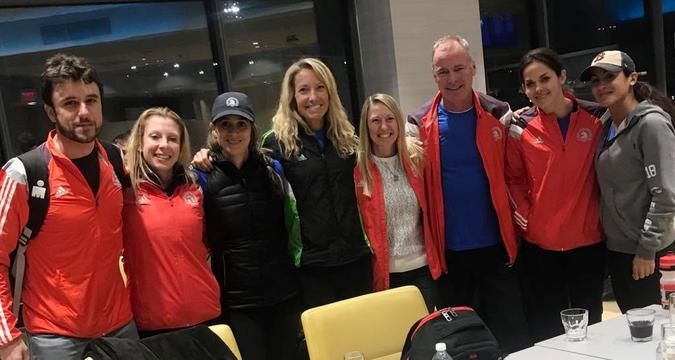 Mary Osorno, third from left, with the seven friends she brought as guests to an airport lounge in Boston. PHOTO:MARY OSORNO

Today, Mr. Douglass has to stand in line for a Coke. He said the food options consist of cheese squares, crackers, soup and “what passes for salad.”

Lounges in the U.S. “have really gone downhill,” he said.

Travelers say a turning point came in 2016 when JPMorgan Chase & Co. launched its Sapphire Reserve credit card. It became a huge hit, offering big rewards to offset a $450 annual fee. One of those was a Priority Pass membership that provides entry for the cardholder to around 60 lounges at U.S. airports and around 1,200 world-wide—with as many guests as desired.

Other cards also offer Priority Pass access, including the Platinum card from American Express Co. and the Prestige card from Citigroup Inc.

Original Link | The Airport Lounge, Once a Refuge, Is a Total Zoo

Look, I am all for mooching freebies at the airport lounge, but I am sitting next to a couple that is *each* drinking a *red wine* AND an *IPA* *together* and I am starting to feel like this isn’t such an exclusive experience anymore.

Priority Pass benefits have become so widespread that wait lists at lounges are now a thing. Mary Osorno and her husband tried to visit one in March at the Dallas Fort Worth International Airport. A receptionist told Ms. Osorno to expect a 45 minute wait to get in. Ms. Osorno said they didn’t bother—the wait would be longer than their layover.

The Secret VIP Airport Lounges You Don’t Know About

Still, Ms. Osorno has been on the other side. After running the Boston marathon in April, she visited a lounge at Boston’s airport, and brought in seven of her friends as guests. They spent an hour or so drinking and eating popcorn before their flight.

Sheryl Pflaum, an executive vice president at Collinson , the parent company of Priority Pass, said “unfortunately, lounges may reach capacity from time to time” and that the company works with lounge operators to address problems. The company said a new lounge in the Dallas airport will open this summer and will more than double the current seating.

Bill McGuinness, a 57-year-old real-estate developer, was at a Centurion Lounge, which is open to certain American Express cardholders, in Seattle in April when a woman placed her toddler on a bar table. She stripped him down to his diaper and changed him into his pajamas. Mr. McGuinness said the woman then ordered a cocktail and talked on her phone while her son was “running laps” around the lounge for the next hour.

Step inside the world’s only private Boeing 787 Dreamliner

His biggest pet peeve about the various lounges he has visited: people stacking piles of food from the buffet on their plates and loading up on cheap Chardonnay. “The whole thing is so bleak,” he said. People are behaving like “farm animals.”

“The majority of our card members report having very positive experiences within our Centurion lounges,” said an AmEx spokeswoman. Spokeswomen for Citigroup and JPMorgan, which don’t own or manage Priority Pass affiliated lounges, declined to comment.

Garett Ng admits to getting carried away. He had drunk three glasses of free “bottom-shelf whiskey” he said at a Priority Pass affiliated lounge in Boston last November when he realized his flight to San Francisco was boarding. The 36-year-old health-care analytics manager ran to the snack bar and stuffed five granola bars into his jacket—“the chewy ones for kids.”

“It was just a panic,” he said. “I often joke I have this undergrad mentality, ‘Oh free food, you have to grab it quickly.’ ”

The five most exclusive airport lounges in the world

Lounges are trying to rein things in. Following complaints from cardholders, AmEx is expanding some of its Centurion lounges and restricting access to holders of Platinum and Centurion cards, which carry annual fees of $550 and $2,500, respectively, and some business cardholders.

Priority Pass, meanwhile, is dealing with the crowds in a new way. It’s offering food and booze credits of around $28 per person, with one catch: People have to leave the lounge to use them at restaurants in the airport.

Original link:  The Airport Lounge, Once a Refuge, Is a Total Zoo