Saudi Arabia, the United Arab Emirates and Egypt have hatched a plan with Israel to welcome Syrian President Bashar al-Assad back into the Arab League to marginalise the regional influence of Turkey and Iran, Middle East Eye can exclusively reveal.

The diplomatic initiative was agreed at a secret meeting held in a Gulf capital last month which was attended by senior intelligence officials from the four countries including Yossi Cohen, the director of Mossad, Gulf sources with knowledge of the meeting have told MEE.

The meeting was also convened in response to a noticeable “cooling” of relations between US President Donald Trump and Riyadh since the murder of journalist Jamal Khashoggi inside the Saudi consulate in Istanbul in October.

Trump has publicly stood by Saudi Crown Prince Mohammed bin Salman, whom the CIA and members of the US Congress hold responsible for Khashoggi’s killing.

But an official with knowledge of the meeting said that the intelligence officials were told: “Trump had done what he could and was not going to do more.”

The officials also agreed at the meeting that they considered Turkey, rather than Iran, to be their major military rival in the region, and discussed plans to counter Ankara’s influence.

The Israelis told the meeting that Iran could be contained militarily, but that Turkey had a far greater capability. In the meeting Cohen is reported to have said: “Iranian power is fragile. The real threat comes from Turkey.”

To tackle these issues, those present at the meeting agreed four measures.

Talks with the Taliban

The first was to help Trump in his efforts to withdraw US forces from Afghanistan, where about 14,000 American soldiers remain deployed in support of Afghan government forces fighting the Taliban and militant groups.

A meeting between US officials and Taliban officials was held in Abu Dhabi the following weekin talks which included Saudi, Emirati and Pakistani officials.

The second measure was “to control the Sunni card” in Iraq, by which was meant efforts to minimise the influence of Turkey among the Alliance of the National Axis, the largest parliamentary bloc of Sunni Iraqi deputies. 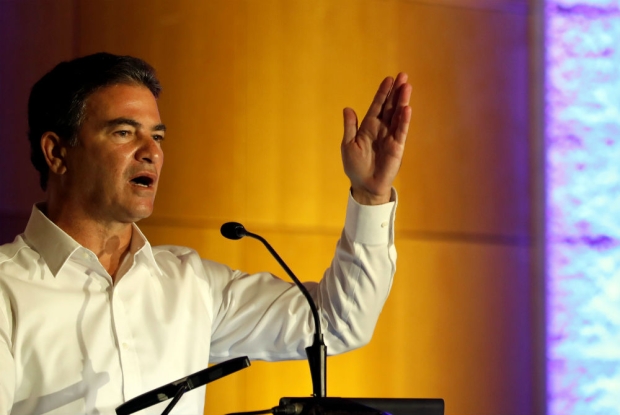 Pressure was subsequently applied on Mohammed al-Halbousi, the speaker of the Iraqi parliament on his first official visit to Riyadh on 17 December.

During the visit, Halbousi met with Thamer al-Sabhan, former Saudi ambassador to Iraq. Al-Sabhan pressured Halbousi to either reduce the influence of Turkey on the Alliance of the National Axis or pull out of it entirely.

As a result, there was consternation within the bloc after Halbousi last month blocked its nomination of Saba al-Tai for the role of education minister amid negotiations over the formation of the country’s new cabinet.

However, another member of the National Axis, Salah al-Jabouri, was nominated for the role on Tuesday.

Path back to the Arab League for Assad

The third measure discussed was a diplomatic initiative to restore full diplomatic relations between the three Arab states and Syrian President Bashar al-Assad.

The meeting of intelligence chiefs discussed the message they wanted to convey to Assad, who has relied heavily on Iranian military support and Tehran-backed Hezbollah fighters during the country’s civil war.

“They did not expect Bashar to break relations with Iran, but they wanted Bashar to use the Iranians rather than be used by them,” a Gulf official briefed on the discussions said.

“The message was: ‘Return back to how your father treated the Iranians, at least as an equal at the table, rather than subservient to Iranian interests.’”

A flurry of visits followed the intelligence meeting. Omar al-Bashir, the president of Sudan, arrived in Damascus on 16 December in the first official visit by an Arab leader since 2011 and a move that, according to Syria analyst Kamal Alamwriting in MEE, could not have happened without a nod from Riyadh.

Ali al-Shamsi, the deputy head of Emirati intelligence, visited Damascus for a week, and on 27 December the Emiratis announced the re-opening of their embassy after eight years.

On the same day, Bahrain, which is closely aligned with Saudi Arabia and the UAE, announced it would restore its diplomatic mission.

Three days earlier, Ali Mamlouk, the special security adviser to Assad, made a rare public visit to Cairo, and sources told MEE that an announcement of the full normalisation of relations is expected soon.

Egypt wants the Syrian government to declare its main enemies to be Turkey, Qatar and the Muslim Brotherhood, sources said.

The incentives for Assad would include a path back into the Arab League, and the Arab states’ support for Damascus in opposing Ankara’s military presence in northern Syria, where Turkish forces have been deployed in opposition to Kurdish-led YPG fighters.

Algeria is reported to be interested in inviting Assad to attend the Arab League’s forthcoming summit in Tunisia in March, seven years after Syria was suspended from the body.

Support for Kurds against Turkey

The fourth measure agreed on at the meeting was to support Syria’s Kurds against Turkey’s attempts to expel the YPG and its political counterpart, the PYD, from the Turkish border right up to the Iraqi border.

The intelligence officials also agreed to strengthen relations with Iraq’s Kurdistan Regional Government (KRG), and prevent any reconciliation with Ankara since the semi-autonomous region’s failed independence referendum in 2017.

“The Saudis themselves do not want to be in the vanguard of this diplomatic push to court Assad. However they agree with the policy of attempting to lever Assad to weaken Turkey,” the official said.

Why the UAE and Saudi Arabia are reaching out to Assad

Israel has had no direct contact with Assad, but has used Christian and Alawite Syrian businessmen as intermediaries.

The same group played a role in restoring relations between the UAE and Damascus. To ram home its message to Assad to be independent of Iran, Israel launched a series of air strikes against alleged Iranian arms transfers to Hezbollah on the same day, 27 December, that the UAE said that its embassy in the Syrian capital would reopen.

The meeting was also a response to the crisis into which US-Saudi relations have been plunged by the Khashoggi affair.

Mohammed bin Zayed, the crown prince of Abu Dhabi who has been described as a mentor figure to his younger Saudi counterpart, has been in the forefront of attempts to patch up the rocky relations between the White House and the royal court in Riyadh.

Bin Zayed first intervened to mend relations between King Salman and Mohammed bin Salman. The king was furious when he heard about the role of his son in the murder of Khashoggi. It was notable that bin Salman was not present at the meeting between the king and bin Zayed in November. 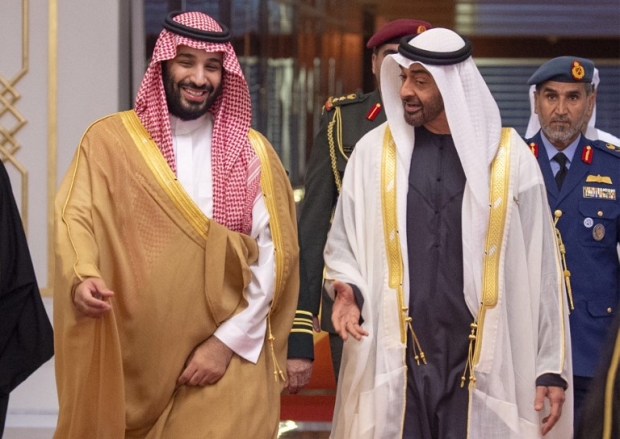 Then, after CIA Director Gina Haspel’s presentation to selected members of the US Congress in which Mohammed bin Salman was held responsible for Khashoggi’s murder, bin Zayed got his brother and national security adviser, Tahnoun bin Zayed, to ask for a meeting with Haspel.

The request was refused, MEE was told. When that approach failed, bin Zayed sent his son Khaled to Washington. A day was agreed for a meeting with Haspel, but it did not take place, according to MEE’s sources.

MEE has contacted the CIA and the Emirati embassy in Washington for comment.

A month earlier, the US national security adviser, John Bolton, saw bin Zayed, but that meeting failed to break the deadlock.

MBS said to be plotting Camp David-style handshake with Netanyahu

MEE has previously reported on how Saudi officials sought the support of Trump and Israeli Prime Minister Benjamin Netanyahu for a series of damage-limitation initiatives as details about Mohammed bin Salman’s culpability for Khashoggi’s killing made global headlines.

These included a proposed Camp David-style handshake between Netanyahu and the crown prince.

But MEE understands those efforts have stalled because of a realisation in the White House that riding to the rescue of the image-battered crown prince may be more trouble than it’s worth.

US officials appear to be losing patience with Riyadh’s handling of its own probe into Khashoggi’s killing, with one anonymous senior official saying on Friday that the Saudi investigation lacked credibility and accountability.

The comments came as the State Department announced that Secretary of State Mike Pompeo would visit Riyadh later this month, his second visit to the Saudi capital since Khashoggi’s death.

Pompeo himself has repeatedly said that there is no direct evidence of a link between Mohammed bin Salman and the murder.

Following Pompeo’s first visit in October, MEE reported that he brought with him a road mapto shield the crown prince from the fallout.

A Saudi payment of $100m to the US made on the same day of the visit was “a coincidence” according to a US official quoted by the New York Times.

MEE has contacted the Israeli government for comment. It also contacted the Saudi and Egyptian embassies in London, but none had replied at the time of publication.