China and Canada both issue warnings of ‘arbitrarily detention’

China issued a travel warning of the risk of travelling to Canada on Tuesday – hours after Ottawa issued a similar alert.

A notice by the Chinese Foreign Ministry said Chinese citizens should be aware of the risks of being “arbitrarily detained at the request of a third nation” in Canada, and urged caution when making travel plans.

On Tuesday, Canada has warned its citizens of the “risk of arbitrary enforcement of local laws” in China after a Canadian citizen, Robert Lloyd Schellenberg, was sentenced to death for drug offences in a retrial that further escalated tensions.

The two countries have been at loggerheads since the detention last month of Huawei executive Sabrina Meng Wanzhou, whom the US wants to extradite on fraud charges.

“It is of extreme concern to us as a government, as it should be to all our international friends and allies, that China has chosen to begin to arbitrarily apply [the] death penalty … as in this case facing a Canadian,” Trudeau said.

China also defended its judicial system in the face of intensifying criticism on Tuesday.

The local court in Dalian, Liaoning Province, which delivered the verdict, said on Tuesday that it had “rigorously enforced” the relevant laws in Schellenberg’s case “without any procedural violations”.

It said the Liaoning Higher Court had ordered a retrial after Schellenberg appealed against his initial 15-year sentence, adding that it “followed the law in accepting the case” and had carried out the necessary processes. 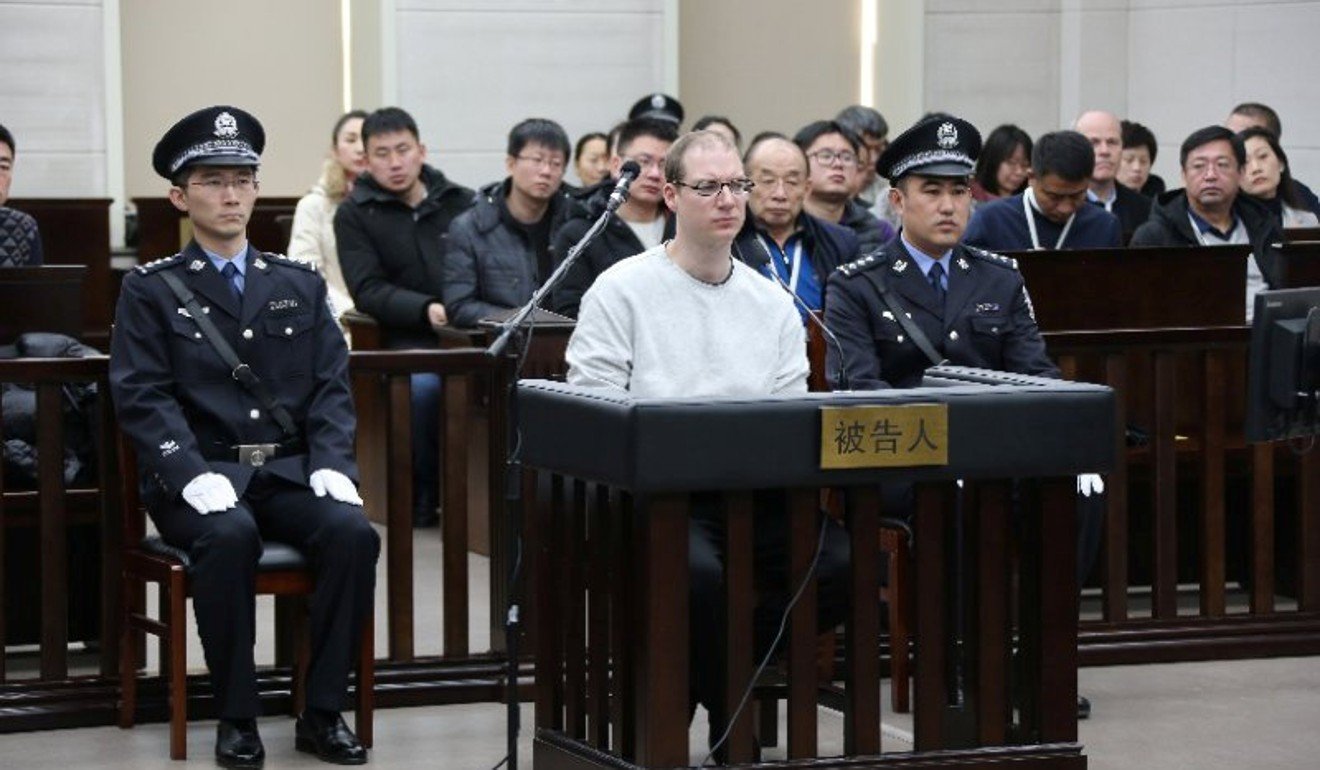 Hua Chunying, a spokeswoman for China’s foreign ministry, also insisted that the rule of law had been followed in Schellenberg’s case.

“The Canadian government should remind its citizens not about facing threats in China, but to never come to China to commit serious offences such as smuggling or trafficking drugs,” she said in a daily briefing.

“Those who commit these serious offences in China will definitely face serious consequences.”

But observers have pointed to irregularities – including the rare order for a speedy retrial, which followed a delay of over two years in delivering the initial verdict – as signs that the harsher sentence may have been retaliatory in nature.

Scott McKnight, managing editor of the China Open Research Network at the University of Toronto, said the sudden change and increased coverage in Chinese media was a “clear indication to us that the Chinese government is eager to politicise this specific case in its broader diplomatic spat with Canada”.

“The Chinese government, in choosing to escalate this stand-off, is showing that it’s immune – or simply doesn’t care – about the damage it is doing to its reputation, so long as it somehow helps to get Mrs Meng back to China,” he said.