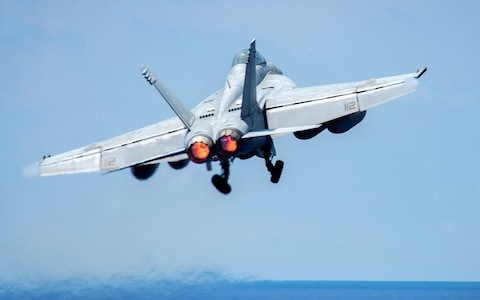 CJTF-OIR is committed to avoiding and in every case minimizing civilian casualties; CJTF-OIR calls on all other actors in the area to observe the same precautions.

A strike, as defined in the Coalition release, refers to one or more kinetic engagements that occur in roughly the same geographic location to produce a single, sometimes cumulative effect in that location. For example, a single aircraft delivering a single weapon against a lone ISIS vehicle is one strike, but so is multiple aircraft delivering dozens of weapons against a group of ISIS-held buildings and weapon systems in a compound, having the cumulative effect of making that facility harder or impossible to use. Strike assessments are based on initial reports and may be refined.

CJTF-OIR does not report the number or type of aircraft employed in a strike, the number of munitions dropped in each strike, or the number of individual munition impact points against a target. The information used to compile the daily strike releases is based on ‘Z’ or Greenwich Mean Time.

CJTF-OIR and its partner forces’ operations are exerting pressure on ISIS senior leaders and associates, as well as degrading, disrupting and dismantling ISIS organizational structures throughout Iraq and Syria.

CJTF-OIR remains committed to the enduring defeat of ISIS to improve conditions for peace and stability in the region, and to protect all our homelands from ISIS’s terrorist threat.