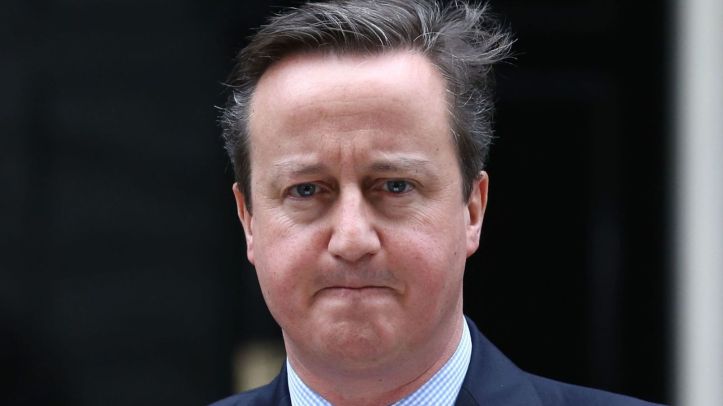 This is a sort of muddled pro-business, pro too-bad-if-you-got-screwed-by-austerity look at the history of Brexit (the original title is Brexit became inevitable while we were all looking the other way) but it does help to  (accidentally) shed some light back on the Global Economic Breakdown and what did and is happening -to us- even now.

It leaves the impression that the Global Economic Breakdown, you know, just sort of happened. While we were sort of ‘looking the other way.’

Like when we were ‘looking at’  the troika (International Monetary Fund (IMF), European Commission and European Central Bank) destroying a nation, after watching the US Bankers try to destroy the entire world?

Apparently. And we are told here, by Sky’s economics editor, who you think might know better, that the banks and big business that created the mess had no choice but to throw everyone to the wolves.

Us or them. People or shareholders? Banks or pensions? Food or foodbanks? Live or die?

And yet? And yet it is the very same movers and shakers who we are expected to trust in guiding the world on a new path. Not just in the UK, but everywhere.

Only now we know, thanks to history, and thanks to articles like this one, that the new path will be very much like the old path.

In fact it will BE the old path. Nothing has changed. If anything, their power to destroy -us- is even worse now.

And we could be standing on the edge of another Global Economic Breakdown.

The only thing left to do now is to come up with a new name for the next calamity.

We can’t use the same name, even if we are still ‘looking the other way.’

When historians come to write the story of Brexit, where will their account begin?

Will it be the Leave vote in 2016? Or the year David Cameron told a room of journalists in January 2013 that he was planning an in-out referendum? Or Maastricht in 1992 or Margaret Thatcher’s Bruges speech in 1988?

Or is the seminal year another one entirely? What if the real root causes of the referendum vote to leave – and the traumatic, difficult negotiations that followed – happened while almost everyone was looking the other way?

The funny thing about economic history is that you only rarely notice you’re living it until many years later. But as those years have gone by it is becoming clearer that the really important year for Brexit – the year that changed everything, was 2012.

While we were watching the Diamond Jubilee celebrations, watching Mo Farah winning two golds, Jessica Ennis running to glory and Usain Bolt wowing the crowds in Stratford, the ingredients were being thrown into the cauldron that simmered over in 2016 – and is still bubbling today.

To get your heads around this it helps to remember, first of all, that for most of the past few decades, UK levels of support for the EU had been pretty stable.

For the most part, when you asked people whether they thought Britain should be in or out, the results were usually around 55% to 60% Remain, 40% to 45% Leave. So the real question, when we ask ourselves how we got to a place where the majority of the public think we should leave – and many of them think we should leave without a deal – is to ask when that changed.

That brings us back to 2012. The year everything changed.

That was the year Mr Cameron decided privately to go for the in-out referendum, confident enough that, with the polling saying what it was saying, he should be victorious. He wrote a speech, eventually delivered at Bloomberg’s London headquarters a month into the following year, which promised a renegotiation followed by a national poll. He felt bullish.

But that polling was about to shift beneath his feet. Why? The answer, again, is 2012.

Now, it might feel like an odd year to choose. After all, 2012 was in some senses the year of Europe’s greatest triumph. After six decades of peace it was selected as the winner of the Nobel Peace Prize. The dream, it seemed, had become a reality.

But as you may recall, beneath the surface things were rather less rosy.

Let’s start with the biggest economic news of that year: the euro crisis. Greece was facing economic chaos. It had been forced into a bailout led by the troika: International Monetary Fund (IMF), European Commission and European Central Bank.

The bailout involved terms many economists found difficult to accept: extreme austerity which would effectively consign the country to an economic depression. Indeed, we now know Greece faced a deeper collapse in national income than the US experienced in the 1930s.

For many eurosceptics in this country, the euro crisis was yet more evidence that the European project had failed. They had at least half a point. Without political union the members of the single currency were doomed to analogous crises. It was the economic crisis some of them had predicted ever since the project was created.

More interesting is what the episode meant for ardent europhiles. There were many intelligent observers who had shared those concerns about the lack of a central treasury and the likely failure of economic union without political union, and given the project the benefit of the doubt. Europe, they reasoned, had a history of muddling through. Why should things be any different this time around?

So it was that in 2012 the EU began to lost some of the intellectual cheerleaders who had held it up as a bastion of human rights and liberal democracy for so many years. The euro crisis represented the moment the idea of Brexit – especially among many on the left – went from being an unacceptable prospect to a serious thought.

The euro crisis had other implications. Britain’s economy had, up until then, been re-accelerating following the financial crisis. Austerity – at least according to George Osborne’s plans – had only a few years left to run. The pain was being felt, but there was at least light at the end of the tunnel.

In 2012 that changed. Thanks in part to the euro crisis, in part to the fact that the financial crisis simply left deeper wounds than originally expected, the economic outlook worsened.

The UK narrowly avoided a double dip recession – largely thanks to a temporary growth bump from the London Olympics – but the damage was done. The official projections for how many more years of austerity were needed were lengthened. The light at the end of the tunnel was snuffed out.

This may not have been all the fault of the euro and its crisis. All the same, 2012 was the year the sprint to recovery became a marathon. And long, painful economic marathons are never good for social cohesion and public opinion.

In the case of Britain’s, the financial crisis and its now-elongated aftermath illustrated the scale of the gaps opening up across the country. Between city and town, between rich and poor, those with property and those without – the divisions around the country started to come into focus.

Inequality, once a dull but worthy topic in economics textbooks, became a rallying cry. And those disparities – between globalists and nationalists, between the establishment and everyone else, between those who put the economy first and those who thought sovereignty and national borders trumped everything else – were the fuel that helped fired the Leave campaign four years later.

The euro crisis and its consequent collateral damage was hardly the only event of note in 2012.

The aftermath of the Arab Spring was playing out in North Africa and the Middle East. Syria spiralled into a hideous civil war. It was the year the flow of refugees from these countries, where optimism about the future was slowly turning to despair, really began.

Within a year there were more than a million Syrian refugees. For the time being many of these men and women went to neighbouring countries. Only small numbers fled to Europe – for good reason: countries like Italy had a history of returning those migrants to where they came from.

The idea – deeply misleading as it was – that Britain was likely to see millions of refugees and asylum seekers from Europe in the coming years (the statistics show that Britain’s inflow was minor compared with most other major EU nations) was a crucial part of the Leave campaign in 2016.

The EU refugee crisis may not have caused the Leave vote, but it probably contributed. It allowed Leave campaigners to conflate two issues: the legitimate flood of EU migrants from eastern Europe, with the more misleading idea of a biblical flood of Middle Eastern and African refugees heading for these shores.

So it is no surprise that in the years following 2012 the gap in polling between Remain and Leave shifted – perhaps permanently. It is no surprise that public opinion found its voice in 2016. The arguments against EU membership on both sides of the political spectrum were weakening.

However, there was another thing that happened – or to be more accurate didn’t happen – in 2012; another thing no one much noticed at the time.

One of the strongest arguments in Leave campaigners’ courts is that the EU is committed to ever closer union. The fear is that eventually the UK will become subsumed in a United States of Europe almost by default.

And one can see the point: the EU has formed over the decades almost imperceptibly adding new powers and rules every five years or so. There were treaties in 1986, 1992, 1997, 2001, 2007, each one pulling the members closer and closer together.

But here’s the thing. In 2012, that sequence was broken. There was no new treaty; no new attempt to pull the EU closer together. Indeed, in hindsight, 2012 seems to have been the year the dream of ever closer union was put to bed (at least for the time being).

Brexit – or at least the EU referendum – wasn’t the only reason for this. The Greek crisis and resistance from some EU but non-euro members to joining the single currency was already pushing back against further efforts to unite.

This is the great irony. Even as Britain prepares to leave the EU, the great bugbear for so many Leave voters seems to have been eliminated.

These thoughts are worth dwelling on as Britain attempts to wrangle some sort of plan for its future association with the EU. It is easy to focus on the noise and fury of the present day; the fights in the Commons, Theresa May’s negotiations with Brussels.

But in reality our fate is often set in motion by forces we hardly notice at the time. The seeds are planted and only a few years later do we realise what has sprouted up as a result.

Original Link/title: Brexit became inevitable while we were all looking the other way