Oliver Stone: Updating ‘The Untold History of the United States’

It’s terrifying to contemplate how much more dangerous the world has become over the past six years. Things seemed precarious enough in late 2012, when we published our book, The Untold History of the United States, and began airing our 10-hour Showtime documentary.

The situation seemed dire, but not desperate. Barack Obama, a disappointing though somewhat restrained proponent of American empire compared to his neocon predecessors, was about to be elected to a second term, having tamped down the worst excesses of the Bush-Cheney era.

The United States had slowed rendition and repudiated torture, withdrawn troops from Iraq, negotiated a nuclear deal with Iran, pardoned Chelsea Manning, normalized relations with Cuba, and was reducing its military footprint in Afghanistan with complete withdrawal promised for 2014. Al Qaeda was on the run following bin Laden’s assassination and ISIS had yet to emerge.

And the Bulletin of the Atomic Scientists’ Doomsday Clock stood at five minutes before midnight, which was sobering but significantly further from Armageddon than many times before.

Things, however, were far from rosy. Warnings about climate change had grown more urgent. NATO’s unabated expansion to Russia’s doorstep and extension of US missile defense in Eastern Europe and the United States’ Asia “pivot” had begun to poison relations with Russia and China. In Syria, Obama’s covert Timber-Sycamore program had breathed life into a moribund insurgency, which, combined with Assad’s brutal response, had left tens of thousands dead and displaced.

In Obama’s final year in office, the United States dropped at least 26,172 tons of bombs in seven predominantly Muslim countries and US special forces operated in 138 countries. Obama authorized almost 10 times as many drone strikes as Bush, outspent Bush on the military, brokered far more arms sales overseas, and set new standards for secrecy and prosecution of whistle-blowers.

Now, more than six years later, as we’re about to issue the updated edition of Untold History, with a new chapter covering 2012 through January 2019, we’ve taken pause to reflect on how the world has devolved from dire to truly desperate. The crises that seemed contained or containable in late 2012 have now spiraled out of control, and the prospects for resolving them peacefully look depressingly bleak.

Yet the nightmare of the first two years–plus of the Trump presidency—marked by increased drone strikes, bombing levels, and defense spending combined with bigotry, mendacity, venality, and corruption at home—makes us long for the days of Obama. But it’s Trump’s nuclear and environmental recklessness that keeps us up at night and prompted us to call the new chapter “How the Unthinkable Became Thinkable Again.”

In January 2018, the experts at the Bulletin of the Atomic Scientists moved the hands of the Doomsday Clock to two minutes before midnight, where it had stood during the darkest days of the Cold War, from 1953 to 1960. The latest move of the hands was precipitated by the recklessness in Trump’s nuclear thinking and the deepening crisis over Korea.

Trump wondered aloud about the point of having nuclear weapons if he couldn’t use them. His answer was to make them more usable, which he did with his new Nuclear Posture Review (NPR), the first since Obama’s 2010 NPR, which had reduced the role of nuclear weapons in the US defense posture. The 2018 NPR significantly elevated their role, permitting use in response to vaguely defined “extreme circumstances,” such as cyberattacks or attacks on the infrastructure of both the United States and its “allies and partners.”

The review doubled down on Obama’s unconscionable 30-year trillion-dollar modernization of all parts of the nuclear arsenal. The actual cost looks to be closer to $1.7 trillion and climbing. To make matters worse, all eight other nuclear powers are undertaking their own modernizations, though on a far more modest scale. Russia, it should be noted, actually cut its defense spending this past year.

Just two weeks earlier, the new National Defense Strategy identified China and Russia, not international terrorism, as the nation’s top security threats, officially burying the short-lived fantasy of a unipolar world that neocon theorist Charles Krauthammer had triumphantly proclaimed in 1990 and then performed last rites over in 2006, following the debacles in Afghanistan and Iraq.

Acting like a hegemon, the United States, starting in 1999, took advantage of Russian weakness and broke its promise not to expand NATO, eventually adding 13 countries, the last of which was Montenegro, in 2017. When Bush announced plans to incorporate Georgia and Ukraine, Putin drew the line. Following the US-backed Ukrainian coup, he took back Crimea and made clear that there are limits to his toleration of NATO expansion.

In his March 1, 2018, Presidential Address to the Federal Assembly, he went further, throwing down the gauntlet to the United States. Russia, he acknowledged, had been on the defensive since the Soviet Union collapsed, having lost substantial amounts of its territory, population, GDP, industrial potential, and military capability.

Oliver Stone’s alternative history is an easy target for rightwing critics but is solid, thought-provoking and full of terrific archive material (The Guardian – 11 July 2013)

It depended on the IMF and World Bank for survival. The United States ignored its appeals not to abrogate the ABM Treaty in 2002 and expanded its global missile-defense system, leaving Russia vulnerable to a US attack. A 2006 article in Foreign Affairs contending that neither Russia or China could even retaliate against a US first strike “sent heads spinning” in Russia, The Washington Post reported, “with visions of Dr. Strangelove.”

But now, in March 2018, Putin was declaring that the US effort had failed. He unveiled the existence of five new nuclear weapons, all of which could circumvent US missile-defense systems. He concluded defiantly, “I hope everything that has been said today will sober any potential aggressor,” adding, “No one listened to us. Listen to us now.” Independent Russian military analyst Aleksandr Golts said that all the weapons experts he had spoken to were “in shock, as was I.”

The crises in Ukraine and Syria and the NATO expansion in Eastern Europe and the Baltics threatened to erupt into armed conflicts. Though liberal media and many Democrats denounced Trump as Putin’s patsy, US bombing of Syria, sale of lethal arms to Ukraine, pressure on Angela Merkel to disavow the Nord Stream 2 pipeline, ouster of dozens of Russian diplomats, and attempts to overthrow Putin ally Maduro in Venezuela had actually ratcheted up tensions following Obama’s departure.

These conflicts, combined with the largely hypocritical and hyperbolic outrage over Russian meddling in the 2016 US presidential elections, had brought relations between the two countries that possessed more than 90 percent of the world’s nuclear weapons to their lowest point since 1962.

And when things looked like they couldn’t get any worse, Trump, goaded by foreign-policy hawks John Bolton and Mike Pompeo, announced US withdrawal from the Intermediate Range Nuclear Forces Treaty—a treaty that Ambassador to Russia Jon Huntsman had described as “probably the most successful treaty in [the] history of arms control.”

If that wasn’t enough of a blow to nuclear-arms control, Trump clearly signaled that he had no intention of extending the New START Treaty beyond its February 2021 expiration date—threatening to plunge the world back into a 1980s-style nuclear-arms race in which the US, the USSR, and their allies brandished nuclear arsenals with close to 70,000 weapons and a destructive capability equal to 1.5 million Hiroshima bombs. 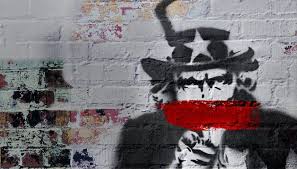 Relations between the United States and China have also taken a dangerous turn for the worse as China bristles at US containment policy and responds with an increasingly hard-line stance in the East and South China Seas, including a buildup of military fortifications on its man-made islands. Trump’s trade wars and the US Navy’s “freedom-of-navigation” operations in those contested waterways have produced confrontations that threaten to spiral out of control.

These heightened tensions have probably contributed to North Korea’s increasing defiance in response to unrealistic US demands for “denuclearization.” It was barely a year ago that the two countries were on the verge of war. The world quaked until South Korean President Moon Jae-in managed to bring both sides to the bargaining table. But the talks have again broken down, and the return to open hostilities seems a real and frightening possibility.

Infuriating not only Russia and China but also European US allies, Trump also pulled the United States out of the six-party nuclear deal with Iran—a deal that was working in the US and its allies’ interest and blocking Iran’s path to developing nuclear weapons. Talk of war with Iran, cheered on by Israel’s right-wing Netanyahu government, is again being heard in Washington.

And on top of potential United States confrontations with Russia, China, North Korea, and Iran, the dangerous standoff between nuclear-armed India and Pakistan over Kashmir was just reignited by attacks on Indian forces by Pakistani-linked terrorists. India and Pakistan bombed each other’s forces, and the pressure on both governments to escalate remains high.

On top of this, we have the rapid and accelerating drift toward planetary disaster exacerbated by the climate change–denying troglodytes in the Trump administration.

So when we step back and carefully examine in the updated edition of our book what has happened over the past six-plus years, we see a world hurtling blindly toward disaster. In 1942, at a very different time in history, Franklin Roosevelt discussed a postwar world in which the United States, Russia, China, and Britain would work together to ensure peace and prosperity across the planet.

Vice President Henry Wallace had an equally compelling democratic vision for creating a peaceful and more equitable, nuclear-free world. Such leaders who privilege the interests of the planet above those of military and financial elites have never been more desperately needed, but, tragically, never have they been more absent.

Peter KuznickPeter Kuznick is Professor of History and Director of the Nuclear Studies Institute at American University.