What is the ‘Monroe Doctrine’? [See more below]

In brief, it is a document which defines the entire Western Hemisphere as a ‘backyard’ of the United States. It ‘philosophically’ justifies Washington’s neo-colonialism, and the most barbaric coups it has been triggering, as well as covered and open interventions in the Caribbean, and in Central and South America.

And now, National Security Advisor John Bolton, is using this term in connection with Venezuela, Cuba and Nicaragua, outraging those who are opposing the US foreign policy in the region. What he means is clear, although it is never pronounced as bluntly as that: Countries in the Western Hemisphere should never be allowed to go socialist, and they should be prevented from disobeying Western dictates.

In Doha, Qatar, the Russian Foreign Minister Sergei Lavrov, expressed his outrage over Bolton’s evoking of the ‘Monroe Doctrine’ now, when the West is doing all in its power to overthrow the democratically elected left-wing government of Venezuela:

“The theory and the practice of “backyards” is generally insulting… 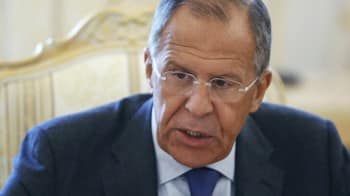 “Since 1945, when the UN was founded, the international law is being regulated by this universal and the most legitimate organization.”

This is, obviously, not how the United States sees the world. Maybe it never even considered such an approach.

But back to the ‘notorious’ Monroe Doctrine.

Surprisingly, it was not always intended to intimidate and brutalize independent and progressive Latin American nations.

According to the definition of the United States Department of State:

“The Monroe Doctrine was a United States policy of opposing European colonialism in the Americas beginning in 1823. It stated that further efforts by European nations to take control of any independent state in North or South America would be viewed as “the manifestation of an unfriendly disposition toward the United States.”

So, in theory at least, this policy was supposed to be putting the brakes on European colonialist expansionism. This may sound almost unbelievable now.

How very unfortunate that it has evolved into one of the most unscrupulous tools of oppression in modern history!

Contradictory to its original meaning, the United States used the ‘Monroe Doctrine’ in order to overthrow basically all patriotic, progressive and left-wing governments in the Western Hemisphere; governments that resisted the selfish geo-political interests of Washington, or the interests of US corporations, including the infamous United Fruit Company which was notorious for treating virtually all Central American countries as if they were its private plantations.

Then during the Cold War, US foreign policy towards Latin America was built on the belief that the ‘Monroe Doctrine’ should be invoked in order to prevent the spread of Soviet-backed Communism in the region.

What followed is well known: massacres in Central America, brutal coups and fascist dictatorships in Chile, Argentina, Brazil, Uruguay, Paraguay and elsewhere; tens of thousands of men, women and children ‘disappeared’. Death squads murdering, raping and torturing everywhere, from Guatemala and Salvador to Argentina and Chile.

The fight for US hegemony was basically and cynically named as a ‘fight for democracy’. Slavery was defined as ‘freedom’. The ‘Monroe Doctrine’ became synonymous with Plan Condor, with monstrous torture chambers and with people being thrown alive into the sea from helicopters.

Now the Trump administration is re-deploying those old and fatal Cold War warriors, elevating them to high positions. The same people who were murdering, plotting and cheering assassins. The list reads like a “Wanted for Genocide” catalogue: Elliott Abrams, Michael Pompeo and yes: John Bolton.

These individuals are, of course, unapologetic.

“In this administration we’re not afraid to use the phrase ‘Monroe Doctrine’. This is a country in our hemisphere and it’s been the objective of American presidents going back to Ronald Reagan to have a completely Democratic hemisphere.”

He was talking about Venezuela, of course.

And so, the almost 200 year old ‘Monroe Doctrine’ has been revitalized; put to deadly work once again.

As reported by the Daily Star:

“Mr. Bolton said the Donald Trump administration was “not afraid to use the phrase ‘Monroe Doctrine’,” when asked why it was targeting Venezuela while maintaining close alliances with tyrannies such as Saudi Arabia. The doctrine, dating back to the 1820s, denoted the Western hemisphere as a zone of US influence.”

It is clear that this time, what Mr. Bolton envisions under the ‘Monroe Doctrine’ has nothing in common with the fight against European colonialism. It is a bellicose ‘modern-day’ interpretation of the doctrine: the justification for Western imperialism all over the Hemisphere. And perhaps, all over the world.

Sergei Lavrov correctly defined Bolton’s remarks as ‘insulting’. They are also deadly. As they are indicative of what Western foreign policy may soon become, or has already become: an unapologetic and uncompromising return to the harshest form of expansionism.

What the US tried to avert (perhaps) some 200 years ago, it at some point joined, and then ‘perfected’. Now, it is trying to bring it to an absolute extreme.

The Monroe Doctrine was first announced on this day in 1823.  While most Americans have heard of this most famous of foreign policy doctrines, few know that it was born as a bluff based on shrewd diplomatic analysis.

The context for the Monroe Doctrine was the collapse of Spanish rule in Latin America during the Napoleonic wars.  With Napoleon dispatched at the Battle of Waterloo and “normalcy” returning to continental politics by the early 1820s, fears arose that Spain might try to reclaim its colonies.

Monroe initially decided to accept the British offer, in good part because his two political mentors, Thomas Jefferson and James Madison, urged him to do so.

They knew that the United States was too weak to prevent Latin America’s recolonization, and they calculated that an informal alliance with Britain would benefit U.S. security—no European power would dare challenge the British navy.  But when Monroe told his cabinet of his decision, Secretary of State John Quincy Adams objected vigorously.   He believed that the United States should act unilaterally, even if it couldn’t back up its words with deeds.

Second, if anyone called the administration’s bluff, Britain would come to America’s aid.  The British had too much at stake in Latin America to let Spain or any other European power reestablish colonial rule.  Third, a joint declaration would not help the United States. Britain would get all the credit because it was the great power.  As Adams put it, the United States would be better off acting alone than “to come in as a cockboat in the wake of the British man-of-war.”

European leaders reacted in fury at the audacity of the Americans.  (Some things never change.)  Austria dismissed Monroe’s message as “an indecent declaration.”  Russia said it “merits only the most profound contempt.”

But in the end, Adams was right.  No European power intervened in Latin America.  This of course had everything to do with politics in Europe and nothing to do with Washington’s pronouncements.  But the Americans could still claim victory.

Although the Monroe Doctrine stands today as one of the cardinal statements of U.S. foreign policy, few people saw it that way at the time. No one called it a “doctrine” until 1852, and no president invoked it to deter European activity in Latin America until Grover Cleveland did so in 1895.  Indeed, the Monroe Doctrine’s real impact would only come when President Teddy Roosevelt redefined it.