Israel said again mulling raid on Iran, with or without US blessing

Israeli officials are currently considering the possibility of conducting a military strike on Iran, with or without the approval of the United States, The New York Times reported Wednesday.

They believe US President Donald Trump could decide not to stand in the way of such an attack, unlike his predecessor Barack Obama, the paper reported Wednesday in an exposé that detailed the lows and highs of the Israel-US relationship in the face-off against the Islamic Republic over the past decade.

“Once again, more than a decade after they first raised the subject with American officials, Israeli officials have been considering the possibility of a unilateral strike against Iran,” said the report. “Unlike with Bush and Obama, there is greater confidence that Trump wouldn’t stand in the way.”

The report, “The Secret History of the Push to Strike Iran,” which focused on Israeli-US efforts to prevent Iran from attaining nuclear weapons, did not specify which targets Israel was now said to be contemplating attacking. It noted that “hawks in Israel and America have spent more than a decade agitating for war against the Islamic Republic’s nuclear program,” and asked: “Will Trump finally deliver?”

“The threat of war could be a bluff, or an election ploy,” it added. “But it also represents a dangerous confluence of interests: an American president often reluctant to use military force and an Israeli prime minister looking to deal with unfinished business.”

“I think that it’s far more likely that Trump would give Netanyahu a green light to strike Iran than that Trump would strike himself,” the Obama administration’s ambassador to Israel Dan Shapiro was quoted as saying. “But that, you know, is a big risk.”

Trump himself in June was “half an hour away” from approving a US strike on the Islamic Republic, reports said at the time.

“Trump’s last-minute decision to abort the attack in June led to a concern among Iran hawks in both Israel and the United States: that the president ultimately might not have the resolve to confront the threat with military force,” Wednesday’s piece said. 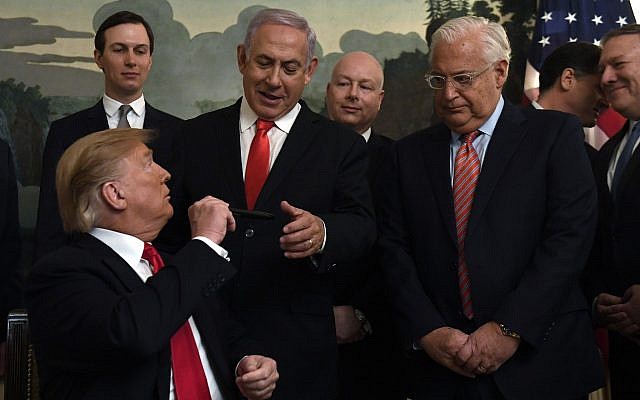 Jerusalem has been actively pushing and preparing for a strike on Iranian nuclear facilities for many years, and in 2012 came extremely close to giving the Israel Defense Forces a green light to carry that out, the NY Times said.

Prime Minister Benjamin Netanyahu, who was interviewed in August for the article, told the paper that he would “unequivocally” have approved the attack, but did not have the necessary cabinet support.

The report quoted dozens of current and former senior officials to describe how Netanyahu threatened the Obama administration with carrying out the strike. That pressure, according to some of those cited in the story, ironically pushed the US president to expedite the negotiations with Tehran that eventually yielded the 2015 nuclear deal. Thus Netanyahu, according to these sources, inadvertently pushed Obama to promote the agreement he loathes so much.

According to one Israeli intelligence official, “Netanyahu achieved exactly the opposite of what he wanted… By doing what he did, he promoted the deal that he fought against afterward.”

Other sources, however, told the paper that Israeli pressure did not play a significant role: “President Obama’s push for a diplomatic resolution to the Iranian nuclear challenge long predated Prime Minister Netanyahu’s saber-rattling,” it quoted Ned Price, spokesman for Obama’s National Security Council, saying. “Candidate Obama pledged in 2007 to seek the very type of diplomatic achievement he, together with many of our closest allies and partners, struck as president in 2015.”

The report said Washington had been closely monitoring Israeli activities at the height of Israel-Iran tensions in the Obama era, and that in the summer of 2012, American spy satellites “detected clusters of Israeli aircraft making what seemed to be early preparations for an attack.” 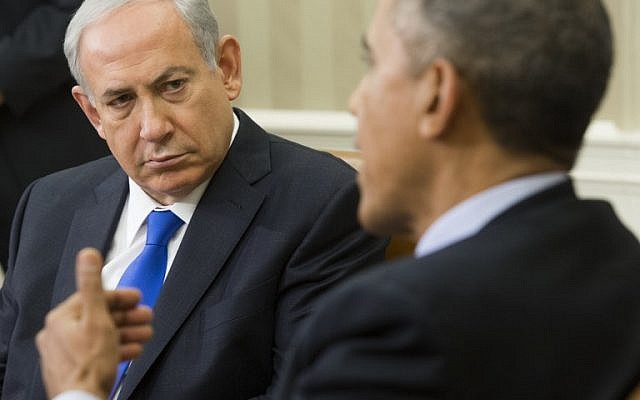 “Israeli leaders had spent more than a year delivering ominous warnings to Washington that they might launch a military strike on Iran’s nuclear facilities — and that if they did, they would give the United States little warning and no chance to stop them,” the report said. “One former senior Israeli security official, looking back at that time, said that it wasn’t until then that he believed the prime minister was serious about striking Iran.”

Realizing the gravity of the moment, then-US secretary of defense Leon Panetta was said to make a rare decision to invite Israeli defense minister Ehud Barak to his Pentagon office and show him a “highly classified video.”

“In a desert in the American Southwest, the Pentagon had constructed an exact replica of the Fordo [fuel enrichment plant], and the video showed a test of the 30,000-pound [13,600 kilogram] massive ordnance penetrator, a bunker-busting weapon the [US] Air Force had designed to penetrate the most hardened of underground defenses. The bomb destroyed the mock-up in the desert. Barak was impressed,” the Times reported. 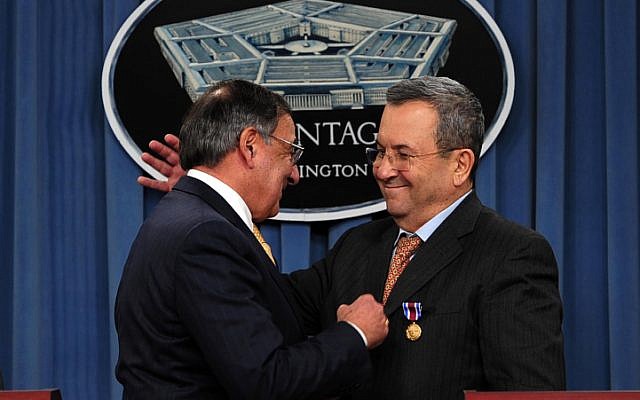 Concern in the White House over the potential Israeli strike also led it to send an official to Israel every several weeks to to “Bibisit” the Israeli leader and make sure he did not launch a strike on the Islamic Republic, the report said.

However, Israel kept preparing for the strike, which “came far closer to happening than has previously been reported.”

“[Israel’s] military and intelligence services had cut the time needed for the final preparations — for the attack and for the war that might ensue,” the report said.

“I went to bed every night, if I went to bed at all, with the phone close to my ear,” it quoted Michael Oren, the Israeli ambassador to Washington at the time, as saying. “I was ready to be called in by Israel and sent to the White House or the State Department to tell them we had attacked, or if they already knew from their own sources, straight to CNN.”

Netanyahu himself was quoted as saying the threat to attack Iran “was not a bluff — it was real. And only because it was real were the Americans truly worried about it.”

The Times said Netanyahu at the time “pulled back from the brink only because he still could not get a majority of his cabinet to support him.” The Prime Minister’s Office on Wednesday confirmed to The Times of Israel that Netanyahu was referring to the security cabinet, not the full cabinet.

“If I’d had a majority, I would have done it. Unequivocally,” Netanyahu was quoted as saying by the Times.

The timing was problematic as well, shortly before the 2012 US presidential elections. And after those elections the attack became impossible to approve because of a rift between Netanyahu and Barak, caused by a meeting the latter had with Obama’s former chief of staff Rahm Emanuel in an attempt to convince him to support Jerusalem’s move. Netanyahu received word of the undeclared meeting and believed Barak had been undermining him.

In October, the report said, the strike was called off. It quoted Barak as saying: “It is one thing to strike alone, and a totally different thing to draw the United States into a confrontation that it doesn’t want to be a part of.” 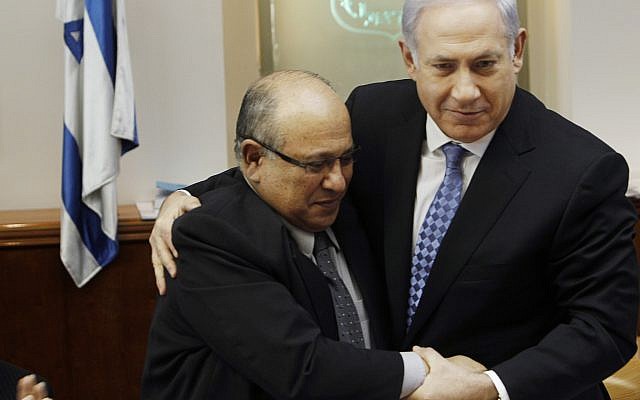 Among other claims made in the piece is that Netanyahu “became increasingly suspicious of his senior advisers” as he considered in attack seven years ago. “He now accuses [then Mossad chief, the late Meir] Dagan of leaking the attack plan to the CIA, ‘intending to disrupt it,’ a betrayal that to Netanyahu’s mind was ‘absolutely inconceivable.’ Within a year, the paper noted, Dagan, IDF chief Gabi Ashkenazi, Shin Bet chief Yuval Diskin, and national security adviser Uzi Arad, “were no longer in their posts.”

But “if Netanyahu hoped his handpicked replacements would be more compliant, however, he would soon be disappointed,” the report continued. Quoting three senior officials, it said “many others in the government,” including the new IDF chief Benny Gantz, “were also against the attack.” Gantz, who is Netanyahu’s main rival in the September 17 elections, was quoted telling the paper that his stance was a practical matter: “Even those who have not seen the intelligence understand that it would be a highly complicated affair and — if the impact it would have on other countries is taken into account — a strategic affair of the highest level,” Gantz said.